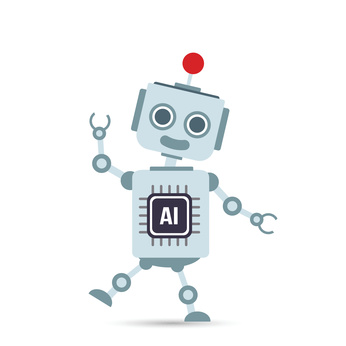 With everything you look at in the business press, it’s evident – automation is the future. However, as a process, automation is nothing new – it’s been around since the dawn of the industrial revolution. From self-powered grain mills to steam engines, machines have constantly replaced humans.

As you read this in 2019, however, automation is now expanding at an unprecedented pace. Advances in software and AI are now enabling the replacement of many white-collar professionals. Tasks as disparate as scheduling, social media, and transcription can now be handled mainly by programs.

You can now add fx business payments to that list too. Fintech startups dedicated to driving down costs and providing the best exchange rates have launched services that cut out established finance industry players. Chief among them is Airwallex, an e-wallet aimed at B2B markets, as well as Kantox, an FX payment automation and hedging platform for small businesses. Online card payments in the UK are also much cheaper in fees than ever before.

In this article, we’ll explore how the automation of the payment industry has the potential to transform international commerce.

Investing in new technology will almost always come at a cost for a business, either with a significant upfront payment or through the software as a service delivery model, thus incurring a regular fee on a subscription basis. In most cases though firms are happy to invest in new technologies as they’re likely to receive significant cost and, just as importantly, time savings elsewhere. . It’s commonplace now to see firms managing their inventory online, generating invoices and producing year end accounts with dedicated accounting software and using  cloud computing to minimize the need for costly mainframes. As an example, Yale University recently saved $100,000 just by switching to paperless timesheets.

And not only is technology automation reducing costs, it also has the potential to grow  revenues in the coming years too. AI capable of analyzing reams of data is a prime example – these could soon replace roles such as  risk managers or paralegals. But along with this, the implementation of these algorithms will not just save salary and time, they’ll increase the volume of work that firms can take on, increasing revenue.

According to a survey commissioned by the Capgemini Digital Transformation Institute, the financial services industry may add $512 billion in revenues to their collective bottom lines by 2020 through technological enhancements such as payment automation.

More than a third of responding firms in the survey  had already reported a 2-5% increase in revenues. Almost two-thirds reported at least a 60% increase in customer satisfaction. Given these numbers, it’s easy to see why so many businesses are eager to automate their operations.

Payments are a sore spot for many international businesses

More businesses than ever are going international. As lucrative as the developed world is, an increasing share of global growth is coming from emerging markets. In 2018, 28% of it came from China, while India accounted for 13% of global gains.

Despite these opportunities, doing business abroad comes with more than its share of headaches. Payments are a pain point for many entrepreneurs, as obnoxiously-high fees add up to a significant amount of lost revenue over time.

Banks are notorious for taking advantage of complacent customers. It’s bad enough that they charge high fees, like the Canadian TD Bank that charges a  $40 minimum fee for cash transfers. But they don’t stop there, though – exchange rates also vary considerably from the interbank rate.

For example, at the time of writing , the Bank of America offers a CAD/USD rate of 0.7174. However XE.com reveals a completely different  interbank rate of CAD/USD at 0.7563 – that’s a spread of more than 5.1% applied by Bank of America! Often hiding behind ‘no commission’ or ‘no fees’ messages banks have tried to condition users that they are still getting a fair rate even when charging such a significant spread.

The other factor banks are flagging on is time.  If we look over the past 20 years business has only moved quick and quicker – but, the banks have not kept up with this demand for speed.  Default international payment times are still in line with what they were 20 years ago: three to five days. Same-day transfers are possible for same currency payments and a select few international cross-currency payments but these will often come with a premium on top of the already costly spreads.

Unlike most consumers, businesses move cash daily. As such, these extortionate margins can add up to many thousands of dollars lost  annually. This capital could be used to purchase inventory, hire employees, or even invest in new technologies.

Fintech startups have transformed numerous sectors of finance over the past decade. Now, they’ve turned their focus on payments. Transferwise was part of the first wave, introducing transparency and offering rate relief to the masses.

Startups like Airwallex are driving a second series of improvements. In just four years, they’ve built a new payment system from the ground up – one that has excited corporations and startups alike. In their most recent funding round, Airwallex received more than $100 million from firms like Tencent and DST Global.

Why is this Australian firm (now run in Hong Kong) attracting so much attention? To avoid the hassle of the existing global financial system, they’ve designed their own payment network that works just like a distributed ledger. By choosing Airwallex, customers avoid the fees and delays imposed by the antiquated SWIFT global payment network. Users still have the option to make SWIFT payments but much more preferably can move money over the Airwallex network to their local bank accounts in a number of countries and then make external payments in that country via local payout methods.

That isn’t the only edge Airwallex has, though. Its system is among the first to take advantage of machine learning. By employing AI, they can sniff out faster and cheaper ways to send money. Airwallex can also scan for suspicious transactions faster and more effectively than human regulators.

When it comes to payment automation, Airwallex is in a class of its own

It isn’t just what’s under the hood that makes Airwallex special – their features are also noteworthy and unique. For starters, Airwallex  offer virtual bank accounts that allow businesses to hold up to 50 different currencies. Once you’ve provided the KYC documentation to open an Airwallex account there are no complex bank account opening applications, just a few clicks will automatically generate new local bank account details.

When the time comes to then pay team members or vendors, users  only pay a fixed fee of 0.5%. Significantly cheaper than the 5%+ it costs to send money via our previous example with Bank of America.

Businesses also save when collecting funds from customers. If, for example, they receive payments from someone in Australia regularly, the money moves to a local account controlled by Airwallex. As a result, there are no  international transaction fees.

Possibly the biggest step to automating international payments comes with Airwallex’s API functionality. So if your a business already with  sophisticated financial software in place, you can easily integrate with Airwallex’s code. Benefiting t from their innovations, all while keeping in your existing system. Everybody wins!

Automation: The next big driver of market-driven wealth?

Businesses  around the globe are poised to make billions of dollars automating their processes over the next decade, with a particular focus on forex transfers. Making investment into the right technologies will be of critical importance for firms looking to grow in the future. Unreliable systems could cause costly errors but the right solutions will do more than make their shareholders rich – it will also save their customers money and time. This is especially true in the financial services industry. Too many clients pay fees that add little or no value. The transparency revolution woke us up to their unfairness, but we feel automation advances will be the final nail in the coffin for this business model. TransferWise and Airwallex are good examples of companies in the payments space looking to improve overseas payment automation, through digital only offerings, who are thus able to pass on cost savings to their customers. With a spread of just 0.5% taken by both firms representing very good value for consumers and businesses alike.