[The 6 Ground Rules of Forwards]

If you require corporate FX services you can view the following companies which have been reviewed by us and are recommended both in terms of premiums they take and the level of service they provide. This is the list of top 3 best Forward Contract service providers:

If you want to read more about the comparison of FX Forwards and FX Swaps go here. 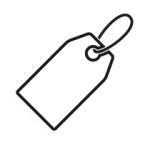 The pricing of a currency forward contract is a relatively straight-forward concept based on three factors.  The first factor is the current spot rate for the currency pair, the second factor is interest rate differentials between the two currencies involved and the third is the time until the contract matures.

If the forward contract differed from this relationship, there would be an important arbitrage opportunity as investors would be able to take advantage of the difference in interest rates to trade forward contracts and make a profit.

No judgement in forward rates 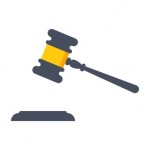 It is tempting to assume that a forward rate carries some kind of implicit forecast surrounding potential currency direction. This is not the case, however, as the forward price is a purely a mechanical function of interest rate differentials, the time to duration and the current rate.

Even if a currency appears substantially out of line with fundamentals, the forward rate will not make assumption of any kind of correction, forecast or mean reversion.

This is different to the situation in options markets where there is always an implied judgement of future trends expressed in demand and supply.

If, for example, an individual buys a house in France the purchase price will be determined in Euros. There is, however, an important delay between agreeing to buy the property and the actual transaction taking place.

If, in the meantime, there is an unfavourable move in relative exchange rates, the Sterling cost of the purchase could be pushed significantly higher if the Euro strengthens.

By taking out a forward contract, the purchaser can lock-in the exchange rate at the point when the contract is signed. This action eliminates the element of risk as the purchaser has guaranteed that there will be no increase in the Sterling cost.

The same principal will also apply when overseas property is being sold. Again, there will be a delay between the time a selling price is agreed and the actual transaction taking place.

If Sterling rose strongly in the interim period, the UK value of Euro proceeds would fall sharply. By taking out a forward contract, this element of risk is eliminated with the Sterling value guaranteed. 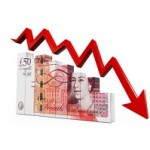 The use of a forward contract is particularly useful when a period of transaction uncertainty traverses a major economic or political event.

The 2016 UK referendum on EU membership was a clear example of such an event. If a UK buyer of overseas property signed a contract just before the referendum, but the funds were not deliverable until after the referendum, there was a very clear and substantial currency risk.

By taking out a forward contract, this risk could have been eliminated. In the event, this would have been an extremely wise move given that the Sterling exchange rate fell very sharply following the referendum vote to leave the EU. An unhedged position would have exposed the buyer to an additional cost of over 15% in Sterling terms in less than a month.

As well as individuals, forward contracts are extremely important for companies. Indeed, over the medium term, the impact is likely to be greater for business users.

If, for example, a company makes a substantial investment by purchasing overseas machinery, there will be an important delay between the contract being signed and the equipment being delivered and paid for. If, in the meantime, there is an adverse move for exchange rates, then the final cost of the equipment could be much higher than the budgeted amount.

Forward contracts are also an extremely important tool for on-going receivables and payments. If a company has a substantial revenue stream in dollars, the use of a forward contract locks in the receivable amount in Sterling terms and protects a company against adverse movements which could wipe-out profit margins.

A company which has an on-going commitment to buying imported goods or raw materials, can also use a forward rate to gain protection and guarantee that there will not be a sharp rise in the Sterling cost of imports. This is an essential tool for on-going cost and control and margin protection.
Please note – in these scenarios, Forward Contracts are far from being your only option! you can use FX currency options to hedge your risks and speculate on the outcome of such events.

Both companies and individuals may show some caution in the use of forward rates, but there will be occasions when valuations are compelling. If, Sterling is extremely strong against a certain currency, there will be a much more compelling case for taking out a forward contract if overseas payments need to be made in the future. In these circumstances, there will be an important risk of heavy losses if no protective measures are taken.

Similarly, there will be a strong case for taking out a forward contract if there is an income flow in an overseas currency and Sterling is very weak from an historical perspective.

For example, any Sterling move towards parity against the dollar or Euro would be extremely attractive based on rates which have prevailed over the past 30 years.