Although data can receive little attention for extended periods, the trade performance is a key fundamental indicator in determining currency values and can have a major market impact, especially in the case of chronic deficits with currencies likely to weaken.

Trade is a key economic fundamental 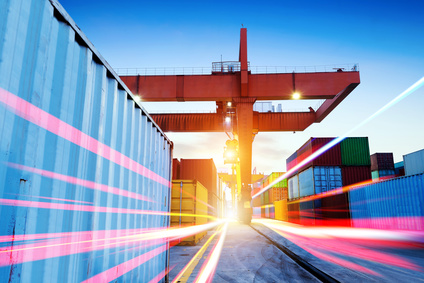 Trade data for individual nations has an important impact on currency trends, especially over the medium term. Indeed, trade account trends are a key influence on currency valuations due to the impact of supply and demand.

Trade account data measures the difference between the value of imports coming into a country and the value of exports leaving. This is expressed either as a deficit when import value is greater than exports, or a surplus when it is the other way around. In the case of major economies, most exports are denominated in the domestic currency such as Sterling or Euros while imports are priced in the currency of origin. Looking at the specific bilateral trade between the UK and Germany, exports from the UK to Germany are usually priced in Sterling while UK imports from Germany are priced in Euros.

There are important complications given that most commodities are priced in dollars, especially crude. Some exports are also priced in international currencies.

Markets often focus on the value of goods exports, although trade in services is increasingly important to the overall trade balance.

The pressures on Sterling are clearly illustrated by the trend for the UK currency to weaken around the end of the month. There is a build-up of excess Sterling holdings within the German Bundesbank and these holdings tend to be sold at month-end which puts downward pressure on Sterling.

An important cause of trade deficits is an external shock in the form of higher import prices. This is most often the case of a sharp increase in oil prices for a country which is dependent on energy imports.

If the price of oil increases sharply, there will be a big increase in import values which can push the trade account into deficit. Oil demand will eventually decline, but the response is delayed. The shift into deficit will have an impact direct undermining the domestic currency due to supply and demand effects.

If sustained, higher energy costs will also undermine growth rates which will tend to weaken currencies, but the situation will reverse quickly if oil prices fall again.

It is important to note that a trade deficit is not automatically a negative factor for a country. This is particularly the case for emerging economies and economies where there is a high level of investment. Strong imports of investment goods will lead to a trade deficit in the short term, but if these capital goods are used to boost productive capacity, the economic performance will improve over the medium term.

The trend is more important than the level and the overall balance of payments position is crucial.  A trade deficit which is persistently offset by a surplus in income flows would be benign with no vulnerability. The level of currency reserves will be watched closely as a trade deficit, allied with a persistent decline in reserves, is an important warning sign of impending instability.

The case of chronic trade deficits is potentially much more damaging to an economy, especially if the situation continues to deteriorate. In this environment, there is a high risk that market confidence in a currency will weaken as markets anticipate the need for corrective action which exacerbates a loss of confidence.

There is also a clear pattern whereby trade deficits can be virtually ignored for a prolonged period of time before exploding into the limelight as a big market concern.

The indirect government and central bank policy responses to the trade situation are also important. As the trade deficit widens, there is pressure to curb domestic demand in order to cut import growth. The potential responses would be to tighten monetary or fiscal policy to curb domestic spending. These policy actions would tend to undermine the growth outlook which will have a negative impact on confidence and weaken currencies, especially as there is a high risk of recession.

Governments could also resort to devaluation in an attempt to correct the situation which would involve heavy capital losses for overseas currency holders.

If there are no corrective measures, there is the risk that the situation will deteriorate further with inflation rising further which will also have a negative impact on economic performance and investor sentiment as devaluation fears increase.

From a longer-term perspective, governments may look to improve the underlying economic performance by, for example, boosting productivity and investment. Evidence of an improved trade situation will be seen as a potentially important positive impact for a currency and a reversal in trends.

The modern global economy operates in a substantially different environment given the huge flows of investment and speculative capital which dwarf pure trade flows. In this context, there is the potential for investment flows to more than offset trade flows and it is possible that a country can finance trade deficits with little difficulty at least for relatively short periods of time.

Global investors may also be willing to hold a currency, especially if there are higher interest rates, although it is also the case that the longer-term risks will continue and that any eventual decline in market confidence could be more severe.

This article is a part of MoneyTransferComparison’s Magazine (Small Business Guidance):