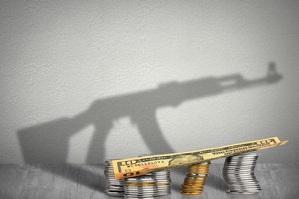 At a time where terrorist attacks in the UK have again made the major headlines and shocked the whole free world, many investors, workers, immigrants are wondering on how it would impact currencies and remittances.

First of all, such questioning is obviously legitimate as people want to optimize their wealth, plan and be able to know what to expect from the future. Should we put our savings in a particular bank, a particular country or exchange them into a particular safe currency? Should we take any particular precautions and hedge risks ?

Actually, various economists, academicians and market actors have tried to answer these questions, though there was no real consensus. While some argued that there is an impact on volatility, none was really able to predict how currencies would behave, which would appreciate and which would depreciate. Now, is it really so difficult to predict currency reactions to terror ? Not really and we will look at the evidence.

One main thing that there is consensus about is that terrorist attacks generate instantaneous volatility for all asset classes. Whether we refer to the stock market, commodities or currencies, there is usually a similar volatility pattern that follows a terrorist attack. Looking at the GBPUSD exchange rate  following the Manchester and London attacks, we can clearly detect a slight though clear instantaneous downward sloping pattern. On the morning following the Manchester attack, the cable went down by around 0.24 versus the euro and 0.13 percent against the dollar.

The same thing happened this week again, as following the London attack, the Pound struggled to keep pace with most currencies, declining to as much as 0.3 percent against the dollar.

However, should we worry about it, and is this impact a long term one ?

Rain does not sink a Strong Vessel

Looking at the graphs and analysing the middle and long term reaction of financial markets, it gets clear that terrorist attacks do NOT impact the markets. Now, it remains quite true that the greater the size of the attack, the more important is the short term negative reaction along to its duration (9/11 had a much bigger impact on the markets than the recent London attack). However, the markets always react, correct and get to higher levels in the middle term.

The latest example below related to the GBPUSD rate following the London attacks. The pound took less than 2 days to rebound and stabilize around the 1.2875 mark: 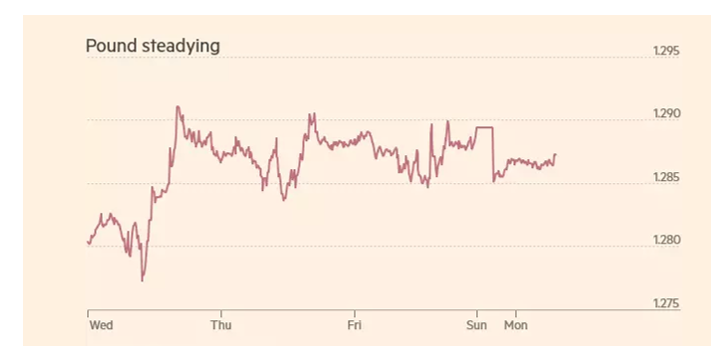 The currency markets which are impacted by economic fundamentals follow this rule and unless a terrorist attack generates expectations about the prospects of an economy, there is no chance for it to negatively impact the local currency. As a matter of fact, terrorist attacks do have the opposite effect than the one intended. They actually get the Free World to unite, cooperate and deliver better.  They get countries and governments to collaborate and form coalitions They get people to value what unites them and makes them global citizens. This translates into an increase of trade between developed countries, a lowering of trade barriers and logically a growth of economies.

However, can we say the same thing about the economies and currencies of countries where Terrorists originate from?

Each tree is recognized by its own fruits

Explaining things in a simple manner and with no need to directly mention countries nor to put labels: would you invest in a country that generates terrorists ? Would you feel your money is safe there ? Would you open a business or seek to live in a country that finances extremism and encourages extreme interpretations of religion ?

As the answer of any normal human being to this questions is NO, you can now understand which countries’ currencies and economies are negatively impacted by terrorism. Those that believe they are harming the Free World end up actually harming themselves and the countries they originate from. The bigger the size of their attack, the greater the consequent negative impact.

One can think of various examples though the main one concerns Afghanistan. Countries that yield extremism do not attract capital nor investments. The more they get to the extremes, the more their economy suffers and their currency depreciates.

Well if you have read the above, the answer is quite simple: put your money into countries that are economically strong and believe in democracy. No matter what happens, their currencies will recover enabling your wealth to remain protected. Besides, do not look at short term trends and/or tendencies when making important financial decisions – analyse the fundamentals and make middle term bets: that way you will cash in at all times. The recent Manchester and London attacks will not harm neither the pound, nor the British economy.