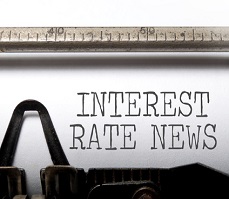 Following the economic news and the economic calendar but unable to decipher the underlying reasons as for why things happen the way they do? Watching the forex exchange rates  but unable to understand the how interest rate and inflation impact the them? We have created this beginner’s guide dealing with the relation and correlation of inflation, interest rates, government bonds and currency exchange rates especially for you!

If you want something even broader than this you can have a look at our how economy impacts currency rates guide or use our overvalued and undervalued economic calendar events guide. If you want to get the full picture and be able to forecast future currency rates accurately, we recommend you would also check our technical analysis guide for beginners.

Starting the story with inflation

Using the simplest approach ever, let’s understand the relationship between what could sound as complicated financial terms. As global population keeps on growing, people have more and more needs and global demand increases. Every days that goes by, more people need to have access to housing, health & transportation services. Every day that goes by, more people want to travel, discover the world and experience new things. 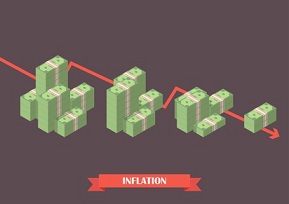 As we all know, prices are the result of two market forces: supply and demand. As demand increases, prices increase and we see inflation. In other words, inflation is a natural process whose deep roots are related to global population increase.  Now, at times not only the population increases, but people get wealthier. As people get wealthier, they obviously consume more which boosts the increase in demand for goods and services.

To get a better idea about inflation, one should understand that there are two types of inflation. Demand pull inflation (explained above) comes from higher demand. On the other hand, cost push inflation results from higher costs especially energy related ones (increased oil prices).

So in every country, an institution called the Central Bank (FED in the US) will seek to avoid deflation and keep inflation under control. Indeed too much inflation (especially cost push) leads to an unstable environment where people’s purchasing power gets affected and where disparities between rich and poor get bigger. So usually, developed countries’ central banks will target an inflation rate equal to 2%. In order to achieve this monetary policy objective, central banks will make use of various tools including the most important one: interest rates.

So we all want to buy cheap and sell expensive. In the fixed income world, we want to borrow at a low rate and earn savings when interest rates are high. Therefore, whenever inflation shoots up, the central bank will increase interest rates. As interest rates get to increase, we would be incentivized to earn on savings rather than borrow (no one wants to pay high interest rates). As a logical result, people save money and borrow less – which decreases the supply of money in the economy. Therefore, with less money flowing, money becomes more scarce and therefore more valuable which reduces inflation.

Looking at the opposite scenario, let’s think that a country is getting into deflation. First thing to say is that deflation is an extremely dangerous process that needs to be avoided at all costs. If you think that assets prices are going down, you do not invest and keep your money. As people behave in the same way, demand for goods and services decreases and deflation gets even worse. In other words, deflation gets countries into vicious circles. In order to avoid deflation, central bank would reduce interest rates in order to incentivize spending and investment through borrowing.

So based on the economy’s health and future prospect, central banks will make use of the interest rates instrument in order to achieve target inflation rates.

Now as this process goes by, various financial instruments’ prices get affected. So let’s see how Government Bonds prices behave.

One of the instruments raised by governments to finance their budgets is bonds. Obviously Government Bonds are debt securities carrying a coupon payment (interest payment), that is in line with the country’s perceived level of inflation and default risk.  As we are not tackling credit risk for now, we will be focusing on risk free inflation related risk. So let’s say that we are on December 2017 and the US Government issues a 10 years risk free bond that has a Fixed coupon of 2%. In other words, lenders will receive a yearly interest of 2% that will make up for the yearly expected inflation in the US.

Now let’s imagine that by 2018, inflation shoots up and the US Government decides to increase interest rates. As an investor, you are receiving a 2% interest rate within an environment where interest rates have increased and where inflation is getting higher. So the debt security that you own pays 2% when based on the current macro-economic context you would have expected to earn more than that. Obviously and given this, the value of your security will go down.

In the same way, should interest rates decreases, you wold be receiving more interest than expected and the value of your security would go up.

So as a rule of the thumb, Government Bonds’ value goes up when interest rates go down and vice versa. This being said, Governemnt Bonds’ prices are not solely affected by the risk free rate. For most countries, credit risk is the main driver of debt securities’ prices…