During the Brexit transition period, the same rules applied to Britons moving to another EU country as they did when the UK was still an EU member state. Freedom of travel meant no visa was required, leading to a rush of Brits making the move before the 31 December 2020 deadline. In truth, there’s very little changes when it comes to overseas property investing in the EU, even though the transition period has expired. Under new rules, there is little that actually impacts buying property overseas or selling property overseas.

UK citizens remain an important overseas property buyer in countries such as France and Spain and property developers don’t want to be scaring Britons off just like that. The major issue is the increased bureaucracy (and a significant amount at that) for moving to that country permanently and attaining a visa.

With much confusion remaining on how leaving the EU has impacted Britons who are thinking about buying property overseas, we break down the current state of play for Britons looking to buy a house in four popular destinations for overseas property investing – Spain, France, Portugal & Italy.

Buying a Property in Spain After Brexit 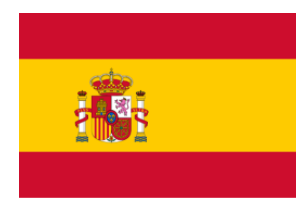 If you’re wondering if Brexit will impact your chances of buying a property abroad in Spain, then the simple answer is no. Non-EU citizens actually have the same rights to purchase overseas real estate in Spain as EU citizens do.

What’s more, the property conveyancing process is the same for individuals, regardless of whether you are a non-EU or EU citizen. That means the costs and taxes related to the buying process remain the same as they were before – there are no differences for overseas property buyers from any country.

Costs can differ depending on the region you invest in, the value of the property you’re purchasing and whether the property is a new development or resale, but these same factors applied before Britain left the EU.

Visa Rules for Moving to Spain After Brexit

Rules differ slightly depending on whether you are looking to work in Spain, be a student in Spain, work self-employed in Spain or move to Spain as a retiree. However the general rules are:

Income proof varies depending on whether you are a worker, a student or retiree so it’s worth establishing this from either the UK or Spanish government website or a dedicated law or relocations firm.

Once you have been living in Spain for five years, you are allowed to apply for permanent residence in Spain. Until that point you will have to apply for your working visa every year.

If you buy a property in Spain as an investment/holiday let and plan on living in Spain for no longer than three months in a six month period then the same tourist visa rules apply that have become well established for Britons visiting the EU after Brexit. This would be the most ideal scenario – particularly with no changes for Brits looking at buying property overseas in Spain.

Buying a House in France After Brexit 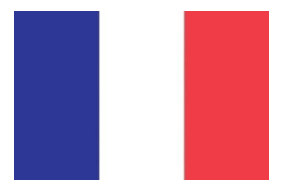 If you are simply looking at overseas property investing in France and not looking to spend more than three months out of six in France, there is no change.

Visa Rules for Moving to France After Brexit

From 2021 onwards, if you want to live permanently in France, then you are still able to apply for French Residency – the process is just a little different. One of the major changes following Brexit is the income requirements – increasing from €650 per month per person to €1250 per month. Applicants will also have to pass a French proficiency test, though this is still the basics you’d use on a holiday to France.

Commonly referred to as the Carte de Sejour, this is the name for the application process for a French visa (not the visa itself). There are numerous types of visa you can apply for:

Buying a Property in Portugal After Brexit 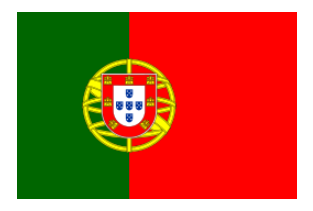 Continuing with the theme here – there are no restrictions on buying or owning a property for Britons following Brexit. Portugal does not impose restrictions on individuals of any nationality owning property and welcome overseas property investing. There are also no changes to selling property abroad in Portugal either.

Something Portugal has launched, which other EU countries haven’t, is the golden visa scheme. Britons who purchase a house for over $500,000 (or even $350,000 in certain cases) will automatically be eligible for a five year residency in Portugal.

Visa Rules for Moving to Portugal After Brexit

Portugal is perhaps the most relaxed when it comes to attaining a visa for Britons after Brexit. This is reflective of the long standing relationship developed by the two nations, which involves the oldest treaty in the world to still be in force today.

In addition to the golden visa scheme, Britons can apply for a D7 visa. To apply, you’ll need to be able to demonstrate a minimum income of around €1,000 per month. The visa is valid for 1-2 year periods at a time. After five years, Britons can apply for permanent residence and even a Potuguese passport (if they speak sufficient Portuguese).

The Non-Habitual Residency (NHR) scheme is another well known program that’s popular among retirees. It allows retirees in Portugal to benefit from just a 10% tax on their pension.

Buying a Property in Italy After Brexit 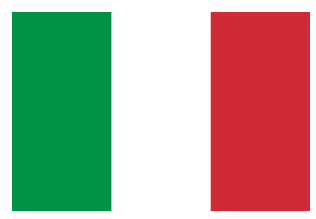 As has been the case for all the countries we’ve run through – there are no changes for Britons when it comes to their rights to overseas property investing in Italy. Whether you are looking at buying property overseas or selling property overseas in Italy, it’s still perfectly possible after Brexit.

Visa Rules for Moving to Italy After Brexit

Italy has implemented a specific decree called ‘Decreto flussi’ which provides quotas for employment, seasonal work, and self-employment of non-EU citizens every year. Once the quota is met, only workers in certain high skilled fields and specialised roles will be able to apply.

Italy has a whole host of long stay visas that vary depending on your purpose for visiting the country.

Much like other countries in the Schengen area, Britons who have lived in Italy with a working or elective resident visa for five years, will then be able to apply for a permanent residency visa.

Following Britain’s exit from the EU, very little has changed for Brits when it comes to investing in property abroad in popular European destinations. As would be expected for commercial purposes, these countries make little to no differentiation between EU and non-EU citizens, so whether you’re buying property overseas or selling property overseas, it should be exactly the same process as it was before.

Providing Britons aren’t planning on spending beyond 90 days in any 180 day period and no more than 180 days a year, they will be eligible to enter the Schengen area on a tourist visa. For those that want to move permanently however, there’s no doubt things have become more difficult.

Visa’s are still available but minimum income requirements have raised and the level of bureaucracy is significantly higher. We’ve covered the high level information in this article but if you look at each country in more detail, you’ll soon start to see the tricky nuances that you’ll have to meet. If you have a resolute determination though, your dream move is definitely still possible.

Our highest priority is the safety and security of your funds.

All the companies recommended on this website are authorised as Payment Institutions or Electronic Money Institution by at least one prominent regulator.

Since these major shocks, FX market volatility had been dwindling. That was until COVID-19 wreaked havoc for economies and financial markets around the world, where due to these unimaginable and unforeseen circumstances, we’ve already started to see a much more volatile 2020 vs 2019.

Are you working for a money transfer company and wish to be reviewed on Money Transfer Comparison?
Here is how to apply
You can apply through our contact form. Upon contacting us please provide full disclosure on the company you are representing i.e. be transparent and provide real data that we can look at to decide whether the company is worth covering and reviewing. Do not attempt to grab our attention by offering commercial partnership deals right off the bat. We only partner up with proven companies after reviewing them.
This website uses cookies to improve your experience. We'll assume you're ok with this, but you can opt-out if you wish. Accept Read More
Privacy & Cookies Policy

Any cookies that may not be particularly necessary for the website to function and is used specifically to collect user personal data via analytics, ads, other embedded contents are termed as non-necessary cookies. It is mandatory to procure user consent prior to running these cookies on your website.