Skip to content
By
Russell Gous
Russell is a UK-based content specialist who is passionate and knowledgeable when it comes to banking, foreign exchange, payments, and Fintech as a whole. Prior to writing for MTC, he spent more than half a decade at Barclay Corporate Banking division and as a senior relationships manager at WorldFirst.
Read more about Russell Gous
Last Edited Nov 09, 2022 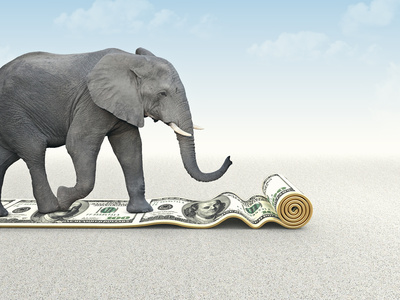 Every day, unfathomable amounts of money move around the world in international money transfers. How much are we talking about? A

According to research from the Boston Consulting Group, published by the Bank of England, the value of cross-border payments is estimated to increase from almost $150 trillion in 2017 to over $250 trillion by 2027, equating to a rise of over $100 trillion in just 10 years.

So on average, 10 trillion dollars are transferred internationally each year.

What’s more, not even the pandemic has put a halt to these forecasts. The pandemic revealed the payments industry’s ability to respond to change, as volumes snapped back from the rigors of the pandemic faster than most observers would have expected.

Why do these international transactions take place? There is a boatload of reasons, but the most common include:

In this article, we’ll drill down into the details of why money moves internationally, and how much of it changes hands annually.

Despite the globalization of labour, life is still hard in developing countries. Even when lower costs of livings are taken into account, many workers in these nations have little or no disposable income after paying for the essentials of life.

The internet has made it easier for these people to see how much better life is in the developed world (even if some of us complain about it incessantly). This has played its part in motivating foreign nationals to emigrate to first-world nations.

They don’t forget where they came from, though, as many religiously send a healthy chunk of their wages home – these payments are referred to as remittances.  In short, remittances are cash gifts sent by expats to their country of origin. They are given to family and friends to assist them with their day-to-day expenses.

Which nation sees the largest remittance inflows? India leads the way on this front, as they receive an average of $70 billion USD every year. China and the Philippines round out the top three, with average annual inflows of $62 billion and $27 billion respectively.

The latter nation is actually the world’s greatest beneficiary of remittances on a per capita basis, as many of this nation’s 105 million people receive regular cash payments from the many Filipinos who work a variety of jobs overseas.

Where do these migrant workers earn their money? The United States of America is the world’s #1 country for remittance outflows, as more than $69 billion USD is sent abroad from this nation annually. Switzerland and Germany rank second and third respectively with $26 billion and $22 billion wired to destinations all around the globe.

These monetary acts have become an economic force of nature. According to the World Bank, $429 billion was remitted to developing countries in 2016. This is more than four times the amount provided by the Official Development Assistance (ODA) by governments in the developed world. The economic impact of these cash transfers is enormous –  one needn’t look any further than the Philippines for proof, as this nation owes 10.29% of its annual GDP to remittances from overseas workers.

However, more cash could be reaching people who need it, were it not for the fees these workers have to pay. It starts with recruiters; to get linked up with job opportunities overseas, workers will pay a hefty recruitment fee to agencies who do the placements. For instance, workers hired by Saudi Arabian construction firms can spend up to an entire year paying off the recruitment fees they owe to the agencies that hooked them up with a position.

Then there are the egregious fees charged by remittance firms. Let’s use iRemit as an example, as they are a Philippines-based company that is used heavily by Filipino overseas workers.

According to the World Bank, sending $200 CAD to the Philippines, when currency exchange spreads and transaction fees are taken into account, will result in more than 9% taken off the top, or nearly $20 CAD. Transaction costs are lower as a percentage (5.5%) for larger amounts like $500 CAD, but in a country like the Philippines, $25 CAD can be equivalent to 2-3 days worth of wages.

It is no exaggeration that the decisions of multinational corporations have a major impact on the health of economies around the world. In the past 20 years, many of these firms have been sourcing their manufacturing overseas, a choice which has led to huge inflows of capital into one of Asia’s most populous nations.

Therefore, it is no surprise that China possesses the world’s largest trade surplus, as it currently exceeds $600 billion USD on the strength of its exports. Asia isn’t the only nation who has benefited from the globalization of trade, as nations like Germany and Russia have leveraged their unique strengths to become net exporters to the world, giving them trade surpluses of $275 billion and $161 billion respectively.

The United States is the world’s largest importer. After accounting for exports, it presently holds a trade deficit of more than $800 billion USD. The United Kingdom, also heavily dependant on imports, comes in second place with a deficit exceeding $163 billion. India rounds out the top three with a negative trade account of $126 billion.

However, we shouldn’t draw conclusions from global trade numbers. When you look at trade flows between specific nations, a richer picture of international trade relations emerges.

Let’s start by glancing north of the border – Canada is America’s second-largest trading partner, yet despite rhetoric suggesting they have taken us to the cleaners, our trade deficit of $17 billion is minuscule compared to the gap we have with China. In this relationship, we import far more than we export, leaving our trade account in the red by $375 billion USD. All told, this number accounts for nearly half our total trade deficit with the world.

Despite this sizable gap, there are countries where America does enjoy a trade surplus. Hong Kong tops that list, as they import more than they export to the tune of $32 billion USD per year. The Netherlands, United Arab Emirates, and Australia are other nations who import more goods than they export from America, giving us a positive trade account between $15 billion to $23 billion in each instance.

What about the European Union? They are net exporters to America, its largest trading partner. Thanks to unique assets like Volkswagen and foodstuffs that are in high demand on the other side of the Atlantic, its trade account with America sits at +$153 billion. However, it does import considerable quantities of goods from China, leaving the trading bloc $170 billion in the negative in this relationship.

These numbers make things seem bad for America. However, it is important to realize that holding a net trade deficit with the world isn’t as bad as it sounds. One example: if a retailer can acquire goods for less abroad, their customers save money (which gives them more disposable income) and their profit rises. That said, finding ways to increase exports (without resorting to protectionist tactics) is unquestionably a good thing for any economy.

Small businesses are participating more fully in international trade compared to a decade ago. According to a study commissioned by the Small Business Administration in America a few years back, exports from small enterprises have exploded compared to the 2000s. In 2006, small businesses sent $263 billion USD worth of goods to destinations worldwide. By 2013, that number had shot up to $471 billion USD.

What is behind the emergence of small business onto the world stage? A number of circumstances have enabled smaller enterprises to trade with people across the globe. Reduction of tariffs and the signing of free trade deals have done their part (although the rise of protectionist sentiments has undone this advantage somewhat), as have improvements in shipping infrastructure.

However, the biggest boon to small businesses has been the rise of the internet. As it increased its penetration into every corner of the world, small businesses found out they could create products for cheap in China, outsource labour to the Philippines, and advertise their goods in markets around the world for a fraction of what it cost in the old days.

The web has also made it easier for third-party money exchange services to set up shop. These outfits often provide better rates than the banks while charging no/nominal fees. According to Kristo Kaarmann, the co-founder of currency transfer service TransferWise, Canadians send and receive an average of $30 billion CAD, with about $1 billion CAD being paid in fees.

These egregious rates add up to thousands of wasted dollars that could be used to buy equipment, hire employees, or return value to shareholders. Fortunately, third-party cash transfer services offer quicker, cheaper ways to move capital, increasing the volume of trade done by smaller enterprises.

The globalization of money flows has not been restricted to trade or remittances – investors have been getting in on the action, too.

A classic example: Chinese real estate investment in markets around the world. Major cities like Toronto, Canada and Sydney, Australia have been affected dramatically by these titanic capital outflows, as Chinese foreign buyers have done their part in pushing home values to around one million dollars in both places. With $119 billion moved abroad by wealthy Chinese in 2017 alone, it is spurring governments to take action to curtail foreign investment in property.

The spread of the internet has also made it easier for traders worldwide to invest in any stock market on the planet. It is as easy as signing up for an account with a brokerage house abroad. While no solid numbers exist on this topic, with the Hang Seng Index in Hong Kong soaring 36% in 2017, it’s safe to say there are traders in America, Canada, Europe, and elsewhere who are testing the waters in foreign markets.

As the world has globalized over the past 20 years, the volume of cash moving across international borders has exploded. However, legacy financial institutions continue to charge high fees, preying on the ignorance of customers, or their unwillingness to switch to alternative providers. However, as awareness of alternative money transfer services supplying the best exchange rate increases, banks will be forced to lower their rates, and competition will increase online. This will force a further tightening of rates, which will benefit the consumer.

In order for the global economy to remain healthy, more capital needs to end up in the hands of small businesses and everyday people. These entities are more likely to spend it rather than leaving it in the bank/investments, thereby spurring real growth.