www.globalreachgroup.com
Global Reach Partners is a great choice for international money transfers for both private and corporate clients. This well-established payments firm has been moving substantial volumes since 2002and hasn’t lost its appetite to stay competitive and friendly.

Note: Global Reach has merged with its sister brand FC Exchange in October 2018. This is a joint review of both the Private and Corporate services of the merged firm.
90.6% Editorial rating.
3,500+
Aggregated reviews
96%
Level of Satisfaction
5
Industry Awards
2012-2019

Advantages +6
Disadvantages -3
Get a Current Quote from Global Reach

This Global Reach Partners review will help you understand all aspects relating to the service, pricing, and process of making an international money transfer with Global Reach. From Global Reach exchange rates, through to safety and reliability, we have provided more information than you can find anywhere else online.

The company started off by focusing on corporate clients, and we assume this is still Global Reach’s largest audience as their numbers reflect very high trading volumes per client (with 25,000 clients and £5bn traded in 2018, each client is moving £200,000 annually on average).

GGlobal Reach is one of the top 10 largest money transfer firms in the UK. \ Its recent merger with FC Exchange and launch in Canada only goes to cement this. It has gained a high level of recognition in various categories:

Best Small Companies to Work For 2014 – The Sunday Times

Global Reach FX is a highly reliable money transfer company. In fact, it is undeniably one of the top 10 firms of its kind in the UK. It has been in business for longer than the vast majority of other currency brokerages on the market, moving large volumes abroad each year, while maintaining great feedback across the board.

With FC Exchange’s acquisition, the company is growing at a staggering pace and increasing its presence in the private clients’ sector side. It is still less internationalised than some of the industry titans, with fewer offices abroad, less regulatory authorities supervising them and unable to take on American clients, but they are still up there at the top when it comes to reliability.

Located in Woolgate Exchange near Moorgate station, the Global Reach (previously, FC Exchange) office is located right in the heart of The City of London. Here are some exclusive photos that were issued exclusively for MoneyTransferComparison.com showing the Global Reach Group dealers in action.

*These images are exclusive to MoneyTransferComparison.com. If you wish to incorporate them in your website you may do so with attribution to this page.
Table of Contents View Rating Summary


While these numbers are definitely impressive it is important to remember that some companies, such as Transferwise , boast 90,000 reviews just on TrustPilot’s platform. This puts these till very impressive numbers into perspective.

There are more than 1,000 separate client reviews online praising and hailing a multitude of qualities that Global Reach has. Below are some examples:

The complaints are quite obsolete, as all foreign exchange firms are required to process a lot of paperwork before sending money for a client. It doesn’t matter if it’s Global Reach or another firm, these are regulatory requirements enforced by the Financial Conduct Authority. As far as not working with USA banks, it is simply a case of a mismatch between the company’s capabilities and the client’s requirements. You can of course make payments in USD and to the US with Global Reach.

The positive reviews on Trustpilot speak for themselves with a huge amount of customers finding the service extremely positive and recommending them highly. Many of the customers have said they would use FC Exchange/Global Reach Partners FX again, or already utilise them for international money transfers on a regular basis.

Fees: Global Reach charge £10 (or equivalent in currency used) for fixed wire fees, per transfer. Clients who have been referred by MoneyTransferComparison.com are eligible for an exclusive promotion and their fees are completely and utterly waived.

Exchange Rates: Global Reach are so confident in their rates that they offer a Best Exchange Rate Guarantee. That means that if someone finds a better rate at the time of booking, they will match this rate – no questions asked. This is the strongest indication of truly low rates!

Limits: £1,000 per transfer, or equivalent in other currency.

Global Reach exchange rates and fees are as good as they come. Our clients don’t pay any fixed fees of any sort, and the rates you are offered are among the best in the industry or else – Global Reach money transfer services will match it!

Accepts Clients:  Globally, aside from the USA (all states).

Global Reach is a service oriented firm which is glorified by 98% of the clients who left reviews about it online. It boasts a highly personalised service and highlights the fact they are happy to offer bespoke solutions to any enquiry. Since it acquired key EncoreFX assets to provide the foundation for its launch in Canada, an impressive 8 branches immediately catapults Global Reach to one of the best offerings for local Canadian clients.

They are also very international in terms of currency offering. Together with rival firm World First, Global Reach has one of the most impressive offerings of more than 140 currencies.

The downside to Global Reach Partners FX is the lack of offices in the US and Asia-Pacific and a lack of local bank accounts across the globe. Without the ability to provide in-country settlement it may mean transfers are slower and more expensive for clients outside the UK. 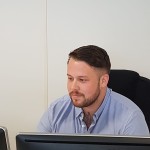 hello, dear sir / madam, my name is Ryan. I’m a senior account executive… and I work in the private client onboarding team at Global Reach. My role within the company is to oversee the private client onboarding team, assist new customers to set up their account and introduce Global Reach’s products and services. I have worked in the foreign currency industry for 3 years and am always happy to use the experience I have gained to assist people in understanding the benefits of using a broker and make the process as simple as possible for them. Please feel free to contact me directly on the number below if you have any questions. 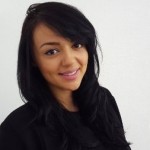 hello, dear sir / madam, my name is Faye. I’m a senior account executive… and I work in the private client onboarding team at Global Reach. My role within the company is to assist new customers to set up their account and introduce GRP’s products and services. I have worked in the foreign currency industry for 6 years in a variety of customer facing roles. My experience has allowed me to develop a customer centric approach to my work, and ensure every Global Reach customer receives the highest level of customer service. Please feel free to contact me directly on the number below if you have any questions.

With some currency transfer providers, such as WorldFirst, closing their options business (given the significant capital reserves one must hold) Global Reach has chosen to invest more heavily in this area. With a dedicated markets and institutional team, Global Reach is required to be MiFiD 2 compliant following its introduction in 2018. From an institutional perspective Global Reach has experience working with funds of all sizes, tailoring products to suit clients across a number of asset classes, including; Real Estate, Private Equity, Private Debt and Infrastructure.

Global Reach excels in this regard, by offering all normal transfers you would expect from a brokerage, in addition to a number of FX options. Since they deal mainly with corporate clients, they have a suite of FX options which are unavailable anywhere else like the Window Forward Extra.

An app is unavailable at this time. For companies that do have a mobile fx transfer apps click here.

Global Reach offers a wider variety of forex options than the vast majority of its competitors. This is a strong selling point for experts, treasury managers, and traders who look for upside on some of their deals.

Global Reach is a great choice because it offers a personalised service people seem to enjoy. 98% of all customers, that is! The rates are great, the fees are waived through MoneyTransferComparison, and the offering is complete (all hedging tools are readily available).

The firm has been growing steadily for 15 years now with a very small percentage of complaints, and we believe it will continue to thrive in the coming years, especially after the successful merger with FX Exchange. At a time when a lot of companies are feeling the pinch it has also expanded its offering into Canada in 2020. The only thing we would like to see incorporated in the offering is a functional mobile app.

I tried to transfer funds for my daughter with Global Reach and it was very easy. The process went smoothly and she received the funds very quickly. You just need to pay attention you are choosing the right currency.

Great company to work with. Used them for a currency exchange and got a great deal.

Only the second time sending money with them but it’s well deserved to give them a 10/10 because until now everything went smooth. Hopefully they will keep up this standard moving forward.

Very professional service provider. I have been with them for 2 months and communication has been outstanding.

I was using Global Reach since 2016 transferring funds between accounts in the UK and Canada with no problems but I moved most of my business to the USA and need to find another service provider. They treated me great and I am going to miss the friendly agents they have.