This TransferWise review was updated to reflect the company’s new brand, Wise Money Transfers, and its new fee scheme since going public via direct listing in the London Stock Exchange in July of 2021.

www.wise.com
Wise, formerly TransferWise, is currently the biggest money transfer company in the UK boasting £4bn in monthly turnover. It is completely safe to use the company’s services, like millions of other Brits, Europeans, Australians and Americans do every month, but there could be better options depending on your needs.

Wise.com pride themselves on a transparent fee structure and excellent exchange rates. The online system is easy to use and users are almost unanimously satisfied. Read more about all aspects of the firm in this TransferWise review.

Is Wise the best choice for me?

Depending on usage. Wise is undoubtedly very cheap and has slick technology in place, as well as a high functional multi-currency account. If you constant required to send and/or receive small payments in multiple currencies (bank to bank), and happy to do it all online, then TransferWise is great. If you have larger requirements such as a property deal, transfer of a mortgage, large business payment and so forth then we believe you could benefit from using a currency broker as per below.

Although Wise is a groundbreaking “new age” type of service, and is completely safe to use, Money Transfer Comparison rated several companies with higher scores because we believe they provide a more comprehensive “premium” type of solution, as opposed to Wise’s “plain vanilla” offering. Below you can find some of the more prominent Transferwise competitors we have reviewed:

Between April – June 2021, Wise rolled out cost reductions across a number of its payment routes. In its Q2 report, Wise highlighted payments from Sweden (SEK) and Norway (NOK) to have reduced in cost, as well as a reduction in payment fees for transfers being converted to USD. We’ve spotted a few other changes in our independent analysis (more on this below).

OFX had been in the business for twelve years when TransferWise emerged, and until the TransferWise era they were considered the hip cross between financials and tech (not yet to be named FinTech back then). OFX prides itself in a great online system and registration process, much like Wise.com, but also has a team of dedicated support staff who are available locally to each country in which they operate. These are foreign exchange experts who can provide an update on FX markets and the upcoming events that might impact the currency pair of your payment.

WorldFirst had been in the business for several years when TransferWise emerged, and until the TransferWise era they were considered the hip cross between financials and tech (not yet to be named FinTech back then). WorldFirst prides itself in a great online system and registration process, much like Wise.com, and has recently decided to offer new pricing for all FX transfers. Worth noting that WorldFirst accepts only business clients currently.

Similar to TransferWise, Currencyfair is another company we think highly of. When you look at Transferwise vs Currencyfair you will notice many similarities. Two innovative companies which are constantly gaining market-share and offer tremendous rates. View the comparison below.

Revolut and TransferWise have crossover on two of their most popular products – online money transfers and multi-currency accounts (supported by a debit card to make payments from your balances). They are two of the most successful Fintechs to have launched in the UK and both boast many millions of customers. TransferWise launched with money transfers and expanded into digital banking, whereas Revolut began with digital banking (and an international currency card) and then expanded into online bank-to-bank money transfers. Nowadays, it looks like each of these tech companies is looking to expand and disrupt into different areas of financial services.

Wise, formerly TransferWise, has been one of the hottest startups to emerge over the last ten years and is considered a market leader in the Fintech sector, with a valuation of $11billion dollars. It has grown at a staggering pace, seeing its value soar by billions of dollars between each funding round it has completed, resulting in an $11billion valuation following Wise’s direct listing on the London Stock Exchange in July 2021.. In its 2020 roundup TransferWise reported that it is still moving more than £4bn every month for its clients. There are currently more than 2200 employees working for Wise.com in numerous offices across 4 continents around the world. 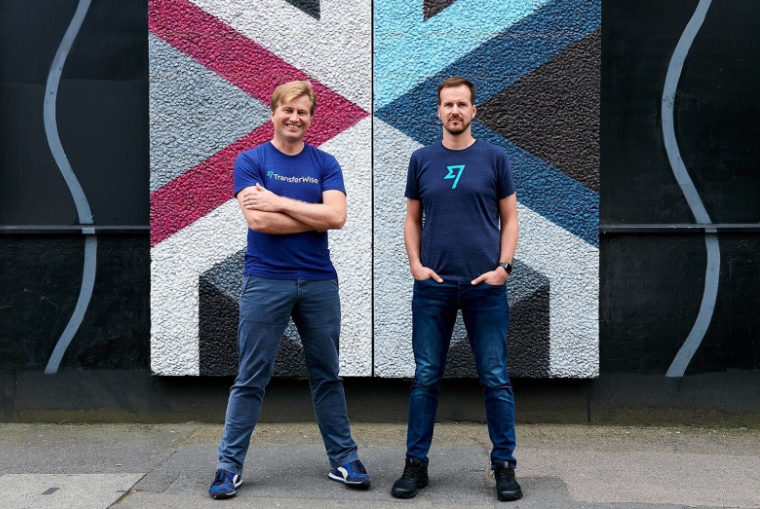 Wise, previously known as TransferWise, has definitely come a long way since its inception in 2010 ( launched in 2011). It was established by two Estonian Fintech innovators, Taavet Hinrikus, (Skype’s first employee) and Kristo Käärmann, both of whom were working in the UK, and experiencing the high costs of bank-powered international money transfers. Quite early on in their journey to lower the costs of cross border remittances, they received a massive shot of encouragement in the form of two mega-investors who believed in the idea, and jum